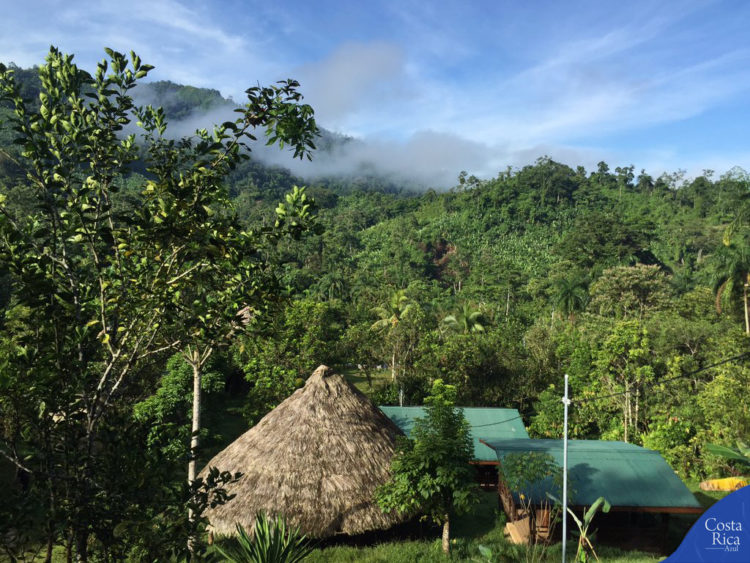 The Goddess Garden is located in Talamanca.

The canton of Talamanca is located in the extreme southeast of the province of Limon, Costa Rica. It is comprised of the districts of Cahuita, Bratsi, Telire and Sixaola, the area which has the greatest biological and cultural diversity in the country. It has an area of  2.809.93 km2.  It is the canton with the highest percentage of land under some protection system (88%) in Costa Rica.

The Talamanca-Caribbean Biological Corridor, situated in the canton of Talamanca, covers an area of 110.086 hectares, including 4,500 hectares of marine coastal area. It seeks to unite the canton’s diverse biophysical elements, facilitating the exchange of plant and animal species. It connects La Amistad International Park (PILA) – named a Biosphere Reserve in 1982 and a UNESCO World Heritage Site – with the coastal area, including the Hitoy Cerere Biological Reserve, the Gandoca-Manzanillo Wildlife Refuge (REGAMA) and Cahuita National Park. It also includes indigenous territories: Bribrí Talamanca, Cabécar Talamanca, Keköldi Talamanca and Tainy, as well as privately held land.

In the Pre-Columbian era, the territory that currently comprises the canton of Talamanca was inhabited by groups of indigenous people called tariacas and terbis, térrebes or térrabas.

In 1540, don Hernán Sánchez de Badajoz, founded the city of Badajoz and the port of San Marcos at the mouth of the Tarire river (today Sixaola).

By 1588, the Franciscans already had a mission in Talamanca; at the end of the 16th century, they founded a hermitage made of adobe and tile, as well as a convent.

Beginning in the second half of the eighteenth century, English-speaking sea turtle fishermen of Afro-Caribbean origin, navigating by oar and sail from Bocas del Toro and the Nicaraguan coast, arrived to the Talamanca coast where they built provisional campgrounds. Every year during the seven months from March to September, they fished green and hawksbill sea turtles with a harpoon, and grew subsistence crops such as plantains, yucca, yams and coconut. The first Afro-Caribbeans to settle in the Talamanca coast were William Smith and his family. In 1828 they lived in a fishing camp, located to the west of Cahuita Point, where he founded the first town of Cahuita.

In 1915, during his Presidential Administration (1914-1917), don Alfredo González Flores visited the area and established the new village of Cahuita at its current location, the place previously called The Bluff.

On the 26th of July, 1886, the first school in the area was established, during the Administration of don Bernardo Soto Alfaro.

In 1974, during the second government of don José Figueres Ferrer, professors of the Technical Agricultural School of Talamanca began their activities in an abandoned shed at the National Production Council headquarters in Hone Creek; in 1980 its facilities in Bribrí were inaugurated.

By Law No. 4339 on the 20th of May, 1969, Talamanca was decreed as a new canton, with  the administrative center being located in Bambú, which thereafter was called  Bratsi. By Law No. 4626 on the 3rd of August the same year, it was agreed that the capital of Talamanca would be the town called Bribrí, previously known as Fields.

The name of the canton came from don Diego de Sojo y Peñaranda, who founded the city of Santiago de Talamanca in October of 1605, on the banks of the Tarire River. He gave it this name in honor of his birthplace, the village of Talamanca, in the province of Madrid, Spain.