The Tradition of Using Plant Medicines for Healing

Although healing is done from the very core of one’s being (the spirit), this second healing practice differs greatly from a typical healing session as the client goes on a spiritual journey. With much relaxation and deep meditative techniques, non-ordinary realms can be accessed organically using the same trance-inducing methods as shamans. In this way, one can be completely present and in control. However, there is another route one can take to achieve this healing and access these non-ordinary states: plant medicines. The difference is that the plant is the vehicle in which one is riding around, and each plant has its own unique way of touring these worlds.

In recent years, the curiosity of many people in the Western world about indigenous cultures and their plant medicines has peaked. This recent attention, however, has been accompanied by the misperception of the medicine, the experience provided, and its immense healing properties.

In shamanic culture, these plants, although psychoactive substances are not considered a drug; rather, they are considered highly respected and sacred medicines. Shamans believe that these plant medicines are deeply connected to the Spirit, or Source, and can easily show us to these non-ordinary realms where great knowledge can be attained, growth can be accelerated, and true healing can take place.

That being so, these plant medicines are to be ingested and experienced in a ceremonial context and with a trained shaman. The shaman’s role during one of these ceremonies is to join the client in his or her journey, hold a safe space, guide, protect, and intervene if needed. The Shaman helps the client to later interpret, understand, and integrate their experience.

One must feel called — not pressured — to participate in a plant medicine ceremony. They must be ready to make a change in their physical, emotional, mental, and spiritual lives by applying what they have learned during their ceremony, meaning that these plant medicines are to be taken seriously, with great intention, and not dosed recreationally. One must also be ready to completely surrender to the plant and let it take them where they need to go; the plant spirit always knows exactly what one most needs to see, feel, hear, experience, and, thus, learn.

Since these plants are so powerful, they are oftentimes looked at by shamanic cultures as spiritual entities or Gods and Goddesses. Many common shamanic plant medicines include, but are certainly not limited to, Ayahausca, Iboga, San Pedro cactus, Psychedelic mushrooms (though not exactly a plant), Salvia, and Peyote cactus. To give a brief overview and an example of what a plant medicine ceremony is, we will look at the (currently) most popular of these plant medicines, Ayahausca (or Yage), in Colombia.

Unlike any other sacred plant medicine, Ayahausca is comprised of two separate plants: the chacruna leaf (Psychotria viridis) and the Ayahausca vine (Banisteriopsis caapi). Alone, neither of these plants produces medicinal nor psychoactive properties. However, when combined, they work together and become a very powerful and sacred medicine.

Both of these plants are found in the Amazon rainforest in South America. Astonishingly, in this particular rainforest, there are over 80,000 cataloged leafy plant species. Yet, somehow, the psychopharmacologists of the Amazon (the shamanic healers) knew exactly which two unsuspecting plant species would create such a magical and psychoactive medicine when combined.

The history of Ayahausca use dates so far back that anthropologists and researchers have yet been able to trace its origins; however, the shamans claim that the plants, themselves, told them during a Middle World shamanic journey.

The plants are collected from the jungle and brewed into a sacred tea. The tea, when taken ceremonially, throws open the gates to the spirit realm and reveals mystical, non-ordinary worlds that are unperceivable in ordinary consciousness.

Traditionally, it was only the shaman who would drink the Ayahausca brew; they would do this in order to induce their shamanic journeys during a healing session and bring wisdom and guidance back in order to assist in healing individuals and the community.

Currently, however, the use of this brew has positively evolved to reach more and more people; now, any interested person (not just an experienced shaman) can experience the extraordinary healing power of Ayahausca.

Unfortunately, many Western cultures have yet been able to fully understand the healing and medicinal properties of this unique plant substance, and it is illegal in many countries. In contrast, it is not only legal but also highly praised in its birthplace: the Amazonian countries of Peru, Ecuador, Colombia, Bolivia, and Brazil. In these countries, foreigners have the opportunity to partake in an Ayahausca ceremony with a respected shaman.

It is during these ceremonies that participants are able to face the root causes of their physical, mental, emotional, and spiritual illnesses head-on and delve deep into the healing process by allowing the spirit of Ayahausca to take them on a journey to these realms of non-ordinary consciousness. Within these realms, deep-seated issues that have long been hidden within one’s subconscious mind are revealed to them.

Mother Ayahausca, as the plant spirit is often referred to (due to its feminine and mother-like qualities), will always teach the participant precisely what they most need to learn in order to fully, truly heal themselves. 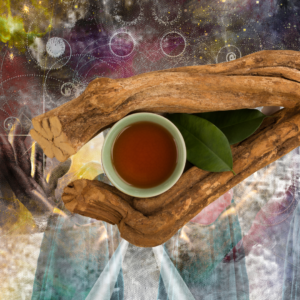 As specific traditions within Ayahausca ceremonies will vary from shaman to shaman, the following customs generally remain the same:

Ayahausca is a total spirit, mind, and body cleanse; for that, a special diet (or dieta, as it is commonly referred to in South America) is highly recommended.

Usually, during the first half of a ceremony, there is a fair amount of purging; from either or both ends. This is because Ayahausca purifies the physical body of toxins before it moves on to mental, emotional, and spiritual body purification.

A great way to lessen, or, in some cases, completely avoid, the purging process is to begin the purification process the week before the ceremony. Specific diets vary but usually require abstaining from drugs, alcohol, and processed foods. In some cases, diets even require the absence of sex, salt, meat, spice, and sugar.

If the diet is followed properly, one will reap the benefits soon after the tea is ingested. In many cultures, respecting and following a dieta is paying a great homage to Mother Ayahausca.

Each shaman has their own personal way of setting up the ceremonial area. However, ceremonies are typically held just after sunset in a safe, relaxing, and comfortable environment, most notably within the highly energetic confines of the Amazon Rainforest.

Commonly, there are about 7 participants and one shaman present during a ceremony, all of whom ingest the brew. The shamans create a very open and safe space by lighting incense and candles, setting up altars, and playing soothing percussion. He or she will also clear and protect the energy of the space by filling the room with, and blowing onto the crown each participant, a form of sacred tobacco called “Mapacho.”

Then, the shaman suggests that each person set an intention for their journey, whether that be to surface past wounds or to learn self-love. The group then prays together and gives thanks to Mother Ayahausca.

Finally, one by one, each participant drinks the brew and begins to journey. . .

Once the medicine kicks in, the shaman will begin to sing icaros, or shaman songs, which help to intensify the medicine and further protect the energy of the room.

Ayahausca typically lasts around 5 hours. As everyone in the ceremony begins to return to waking, conscious reality, the shaman will again use Mapacho to clear the energy of the space and ground each individual.

The floor will then be open for sharing and heartfelt communion.

Afterward, each participant can personally discuss their experience with the shaman, who will then help to integrate their experience into this physical reality and provide advice on how to incorporate their newly discovered wisdom into their lives for optimal healing.

The following days, weeks, and months will involve an identical integration process to a shamanic healing session.