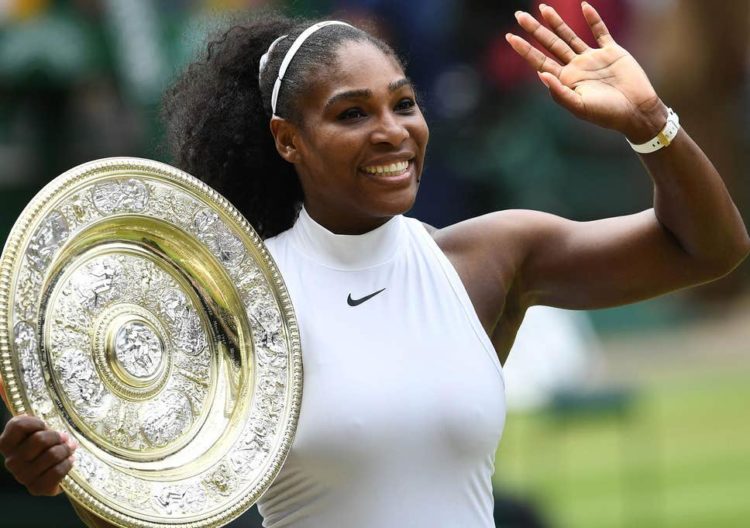 For those looking to dip their feet into the world of yoga and meditation, it can at first seem like a daunting task. However, the jump is well worth it. These exercises not only work wonders for your physical health, but also benefit the mind in significant ways. And that’s all to say nothing of the more general calming and refreshing effects of yoga and meditation.

Given the numerous benefits that these exercises provide, it’s no surprise that many top athletes have become avid practitioners. From Serena Williams to the Los Angeles Lakers basketball team, these sports stars help to show millions of fans some of the different ways yoga and meditation can be put to use.

Serena Williams Uses Yoga To Inject Variety Into Her Routine

In a news piece focusing on fitness hacks of highly successful people, tennis legend Serena Williams was quoted as saying that yoga is key for injecting variety into her fitness routine. Williams also explains that she realized she needed this variety after she experienced a health scare back in 2011. It was then that Williams started incorporating running, biking and elliptical training into her routine – however, she also says that it “didn’t work out so well, because it was boring.” Williams then explains that this was the point at which yoga (along with occasional dancing) became her solution to this problem. Though few people on Earth can claim to be in the same class as Williams as athletes, her example shows that sometimes there are even intangible benefits to mixing yoga into your routine.

FC Barcelona superstar Lionel Messi has quite the workout routine, and in his case, it is after workouts that yoga comes in. Messi has reportedly even used a power yoga program custom designed for him by a professional yoga instructor, as a means of calming down and, in a sense, jump-starting his rest. Incidentally, it is small wonder that Messi has proven to be such a dominant athletic force despite not looking the part of an overpowering athlete. He’ll have a chance to further assert himself as the world’s best footballer this summer at the Copa America tournament, for which UK-based bookmakers covering football have been listing Messi’s Argentina squad among the favorites. Whether or not Argentina makes good on these odds though, the tournament will further demonstrate Messi’s resilient status atop his sport – for which yoga is at least partially responsible.

The Lakers Have Used Meditation To Clear Their Minds

After earning the unwanted record of having the worst free-throw percentage in NBA history early in 2018, the Los Angeles Lakers embraced meditative practices as a solution. The idea came from then-head coach Luke Walton, who partnered with yoga specialists to conduct meditation sessions with the team on game days, training players to get in a relaxed but focused state before games. “Your mind is like a muscle, it can be trained,” Walton said. “It’s important for guys to understand you can train your mind to gain an advantage in this sport that we play.” Even if you may not need to shoot free throws anytime soon, the Lakers’ example certainly illustrates that meditation can pave the way forward to a clearer and healthier mind, in some cases with direct practical benefits.

These scattered examples from around sports may not be telling true yoga enthusiasts anything they don’t already know. But they’re still wonderful to see at the highest levels of sports, and the hope is that they might inspire millions of fans of these athletes and teams to give yoga and meditation a chance.