What do you have to know about Xanga Medicine ? 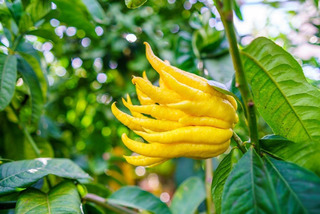 Xanga, the history of this medicine

Changa (or xanga) is a term for a smokable mixture of plants, of banisteriopsis caapi or syrian rue, that contains the psychedelic substance dimethyltryptamine (DMT) infused onto a MAOI (monoamine oxidase inhibitor). In other words, changa allows people to smoke DMT easily and to get a better experience from it.

‘Dreamleaf’ or just ‘Dreamtime’ are the more common names that have been given to this blend of plants.

Changa has its origins in Australia, there were too many ways of use at the beginning of the experimentation of the process, the smoking route was really the most obvious route to focus on, because of the pace at which it integrates with the human body.

What does Changa contain?

Changa is made using herbs that work synergistically with DMT, like Mimosa tenuiflora, Mimosa Hostilis, or Ayahuasca vine as well. Without Ayahuasca in the changa, the duration will not be the same, and the same smoothness will not be there, it is the combination of the DMT with ayahuasca vine that gives changa its natural power.

What can you expect from smoking Changa

DMT’s nickname is “the spirit molecule”. It’s an entheogen, a plant or synthetic drug that can inspire feelings of intense spirituality. Changa with Ayahuasca is used as a conduit to the spirit world, in traditional ceremonies. But this spiritual world would manifest in different ways influenced by the culture and language.

Some of the benefits of Changa Medicine are:

Psycho-emotional conflicts: Early stages of anxiety, sadness, depression could be treated with changa medicine, as well as other situations such as devaluation, loss of self-confidence, resentment with life, feeling of being separated from the divine source, feeling of loss of sense of life.

Emotional release: Helps you to accelerate a potential catharsis state, because it works as a way of emotional cleanse and stress redeemer, physically and mentally.

Awareness: The Changa helps you to unblock the mind in conscious and unconscious levels. It also provides more information about internal problems like emotional dilemmas, doubts, losses, duels, and facilitates personal changes.

Catalyst of change: The benefits of smoking Changa works as well in a therapy process, in other words, the benefits could last for several months, helping the patient to reduce time, effort and resources.