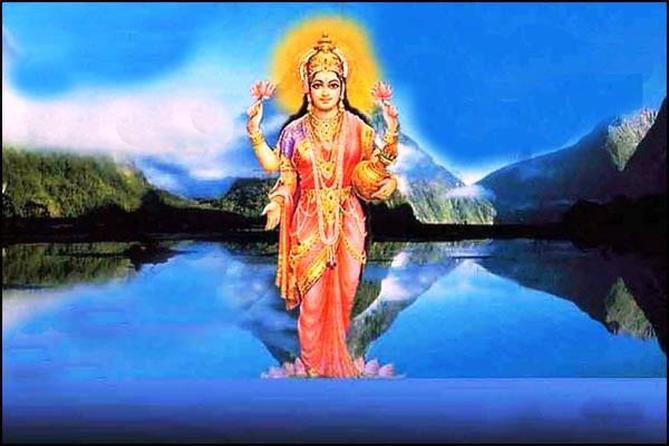 Goddess Prithvi is the Hindu Goddess of Earth. Prithvi is also the Sanskrit name for the earth. Essentially, they are one and the same. This goddess is known for her nurturing, supportive, and productive nature. Prithvi is associated with the god Dyaus, the god of the sky. These deities are interdependent. Heaven fertilizes earth with rain. Together, they fertilize and nourish all. They are considered the parents who have created the world and engendered both the gods and men. Prithvi is often symbolized as a cow, and Dyaus, a bull.

During the rule of the king Prithu, there was a great famine. To attempt to end the famine, Prithu wanted to slay Earth to make her yield fruits. So he took off to the heavens, to Brahma, to make his request. But of course, the Earth did not like this idea, and she assumed the form of a cow and followed him to intervene. Once there, she made her case by questioning the sin of slaying a woman. Prithu responded by saying it would be an act of virtue to save his subjects from starving. But the Earth had a better solution. She said that at the king’s command, she would restore all of the old vegetation with her milk. Prithu agreed, and had Swayambhuva Manu the calf, milk the Earth. Vegetation proceeded to subsist and life was given back to Earth.

Goddess Prithvi is depicted with four arms. Two arms hold a lotus in each, one is in the abhaya mudra gesture, and the other holds a water vessel.