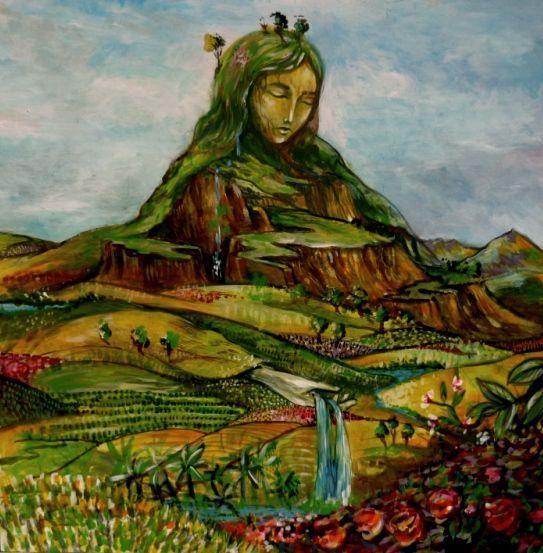 Pachamama is a fertility goddess, originating from the ancient Inca, the indigenous people who inhabited the Andes mountains. In the indigenous Quechua language, Pachamama (also known as Mama Pacha) translates as Mother Earth or Mother Cosmos. In other cultures, she is referred to as Gaia and Mother Earth. She oversees life by nourishing and protecting it’s inhabitants, her children. She is still an important aspect of religion in Peru today. Andean people believe strongly in the importance of living in harmony with nature and not taking too much from her. When she is disrespected, it is believed that problems will arise, such as earthquakes. 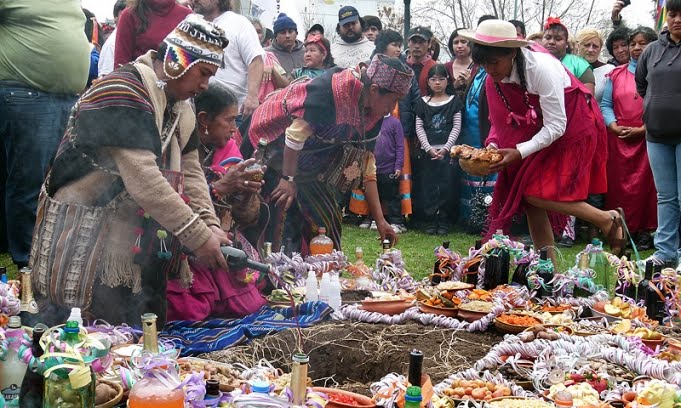 To ensure Pachamama looked favorably upon them, the Inca people made regular offerings to her. This is known as pago a la tierra (payment to the earth). These ceremonies are still performed today, and consist of offerings of traditional items such as coca leaves, huayruro seeds, and chicha (a corn beer). Shrines for Pachamama are made from hallowed rocks, or the trunks of significant trees. Artists depict her as an adult female bearing harvests of potatoes and coca leaves.