Surrounded by Beings: What’s it like when the spirits start showing up? 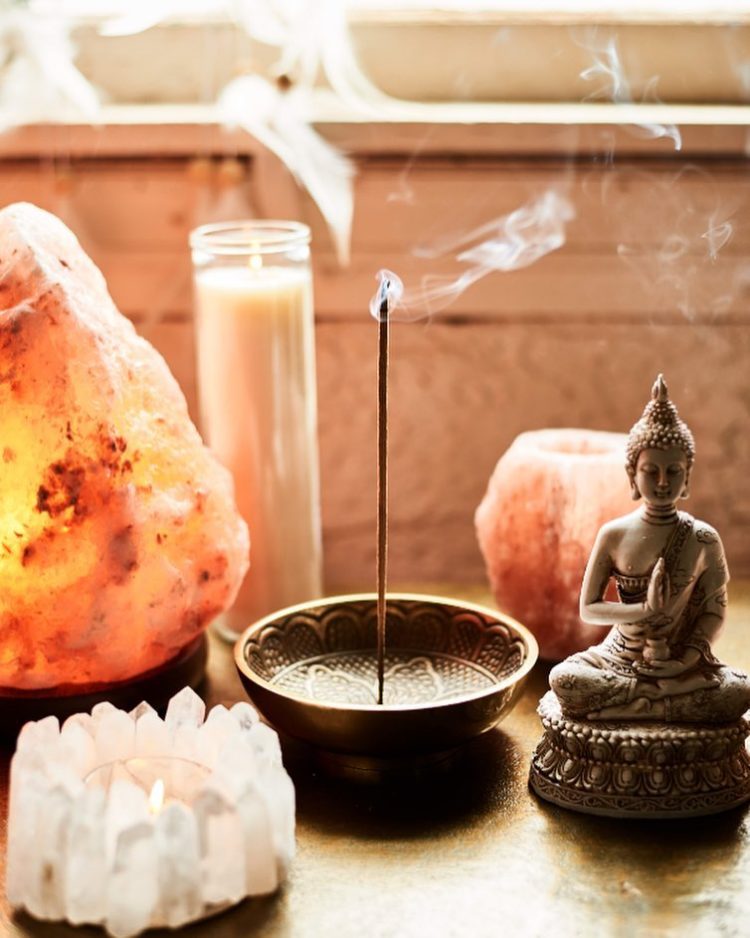 Are we surrounded by spirit life? The following is a conversation I had with a practitioner who had started practicing shamanism, and then found things happening quickly, and unexpectedly!

In this situation that I recount below, the practitioner had a true, deep desire to interact with the spirits. If we approach shamanism with a willingness that is as open and prepared as this person was, then you also may find things moving forward quickly. Yet the speed with which the spirits showed up for him took him a bit by surprise.

It is the shaman who moves between the worlds, however it is because of the shaman’s perception, and hence their ability to serve as such a bridge between the worlds that the coming together of spirit life and human life happens. And sometimes, the spirits show up at what appears to be surprisingly close to ordinary reality.

“The first time I called in the directions I had a little bit of a difficult time knowing what to expect… The second day was sharply contrasting to the first. I performed the same practice and decided that I would do it again when I was done. After that I sat down on a rock and closed my eyes.

Steve:   It might also be that they were there all along, the first time, and what is different this second time is that now you were more attuned to their presence?

“It’s a little difficult to explain what happened but I will try.  I saw something fly past me while my eyes were closed. Rather than seeing the actual being that flew by I just saw the movement. It was somewhat real because there were some small rocks that fell behind me when it flew past. That was a bit unnerving and I opened my eyes, got up, and started to walk back.

As I walked I felt as though I was surrounded by beings. I kept seeing movement without seeing what was doing the moving!”

Steve:   Excellent. Now it is not always the case that spiritual activity will be directly manifested in ‘ordinary reality’. What is happening is that you are slipping into the shamanic state of consciousness and your awareness is enhanced. What this also means, is that if others were with you and not in this consciousness, they may not feel or sense the same as you. They might miss it entirely. This is why the shaman throughout history has been in service to their community. They do what the others are either unprepared or unable to do, by bridging the worlds.

“The feeling was not unsettling at all. It was a feeling of being surrounded, not threatened, just more real than anticipated. When my grandmother died years ago I saw and heard an umbrella move on its own at the funeral home after the wake. I saw another object move on its own shortly after that. Those are the experiences I can best relate this event to: you know what you saw, and it isn’t frightening, yet the brain has a hard time making sense of it. I guess I hadn’t expected the spirits to cross into ordinary reality.”

Steve:   Now the metaphysical ‘leap’ here is that it is not the spirits, necessarily, that are crossing over. It is you. You are the one who becomes the ‘bridge’, which allows you (or them) to cross over. And here, what we mean by ‘crossing over’ is our capability of perceiving them.

Actually, many kinds of spirits are around us all the time, and this is something that the contemporary world has in many instances forgotten. The primary thing that is occurring here is that you are shifting your awareness so that you are able to perceive what is happening. This is why one of the translations of ‘shaman’ is the ‘one who sees in the dark’.

“After that we had extreme heat for a couple days… The heat outside gave me time to process the experience with the spirits and maybe I needed it.

Upon going back to the practice when the heat passed there were no more visual abnormalities, but I could swear the animals were singing along to my drumming. Particularly a frog that started croaking along.

What really happened from then on was that the desire to be of service continued to grow as the days passed. It has really become a heart-felt practice upon calling in the directions and I would love to share the experience with others. I ask the spirits to help others through me. I think maybe seeing the spirits was what I had needed at the time. Maybe I needed the proof or to experience just how real all of this is.”

Steve: Naturally. We all go through this to some degree. Pretty soon this ‘need for proof’ drops away as our paradigm of understanding what it is we are really doing and observing around us, shifts so that it all just ‘makes sense’. Such a felt need to check out the substance of one reality over another is just a matter of the brain trying to manage and incorporate this shift.

“I really feel ready to serve… a real sense of peace, the likes of which I have not known for a very long time if ever before! Nothing was able bring about the lasting peace before such as the shamanic practice has. It seems as though it’s been months if not years of practice and it’s only (been a matter of weeks).”

It really warms my heart to hear expressions from practitioners such as this. Perhaps for this practitioner, in part, the sense of peace is secondary to a sort of finding oneself in a warm, comfortable, homey sort of place, as if we had been outside our home and sort of knew that, but not exactly, but we had been searching for this. Then, when we somehow find ourselves actually right there, in our home, we immediately feel that ‘rightness’ and ‘belongingness’.

It is also clear that this practitioner is wonderfully fervent in their approach. This is so important to recognize because it is in part from this very fervent desire that shamanic work becomes successful.

In the big picture, I believe it is because we are reintegrating through shamanic practices with a more natural relationship with the Earth, which is after all, our original home. As we approach that relationship and let go of the divisiveness that we have been culturally taught, and re-approach our Earth and all beings as our brothers, sisters and direct kin, along with the wind and rain, trees and creatures of all kinds, it is truly like ‘coming home’, and we feel it.

The perception of any spirit is not a function of ordinary reality sight or sound. What the shaman develops is his or her non-ordinary reality vision and hearing. In many cases (and particularly with practitioners), one actually ‘see’ and ‘hears’ more clearly when their physical eyes and ears are not distracted by ordinary reality perception.

The practitioner is always exercising the ability to open and shut the doors to non-ordinary perception. This conscious ability to maintain control of perception is extremely important. I recall a talk Michael Harner once gave about one of his trips out of the United States when he was first looking for shamans from whom he could learn. He went hiking, and saw a man in the wilderness wildly wandering about, talking to trees and rocks, and clearly in touch with something beyond ordinary perception.

Harner then returned to the village in which he was staying, and excitedly told his hosts that he thought he finally had found the shaman and explained what he saw. At this, his hosts laughed uproariously and were quick to reply that the man he saw was no shaman. Harner was confused, and asked why. They responded something to the effect that the man was not a shaman because ‘He’s always that way.’

Shamanic practice necessitates the ability to move deeply into non-ordinary reality, and then return. The man who Harner spotted was unable to do that. Since the shaman is the healer and diviner for the village: if he or she cannot return, they cannot take the requests from the village to the spirit world and bring back the healing or divination that is needed. And this is the role of a shaman.

Middle world ordinary reality and non-ordinary reality can be understood as mirrors of one another, as superimposed realities atop one another, as completely integrated, or as all three. Having the capacity to open and close the doors to that world does not mean that we just throw open all the doors and leave them open. Such doors can lead to growth, vitality and empowerment. Without training and empowerment, they can lead to suffering and loss.

To learn more about this topic visit http://www.shamanism-101.com/Surrounded_by_Beings.html