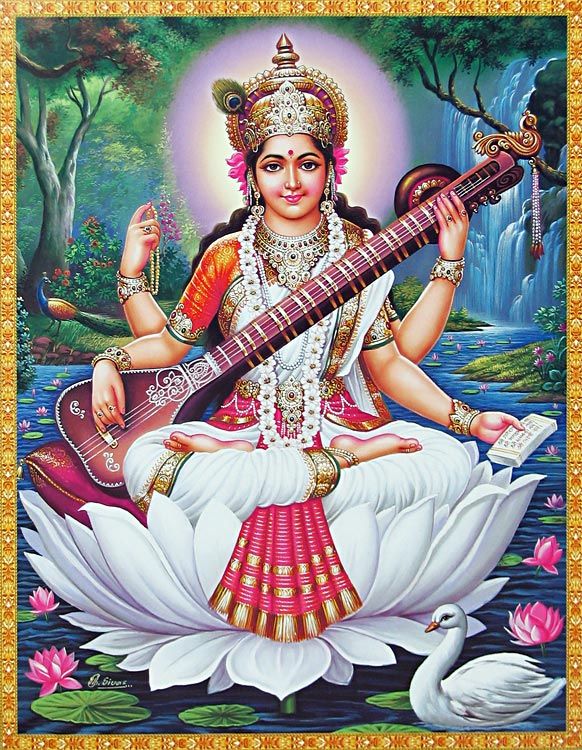 Saraswati is the Hindu goddess of knowledge, music, art, wisdom, learning, and communication.

The name Saraswati comes from “saras,”  which means “flow,” and “wati,” which means “she who has …” Together, meaning “she who has flow.” Her name speaks to her origin. There was once a mighty river that was called Saraswati, and she initiated as the goddess of this river. And so, the goddess Saraswati is the river of consciousness that enlivens creation. She is the inventor of language, the sciences and the arts in the Hindu tradition. She also represents higher spiritual knowledge. This goddess has the ability to bring order out of chaos. Saraswati is the wife of the creator, Brahma, and helped him form and finalize his creations. She is also known as a part of the feminine trinity, Tridevi, along with Devi and Lakshmi. 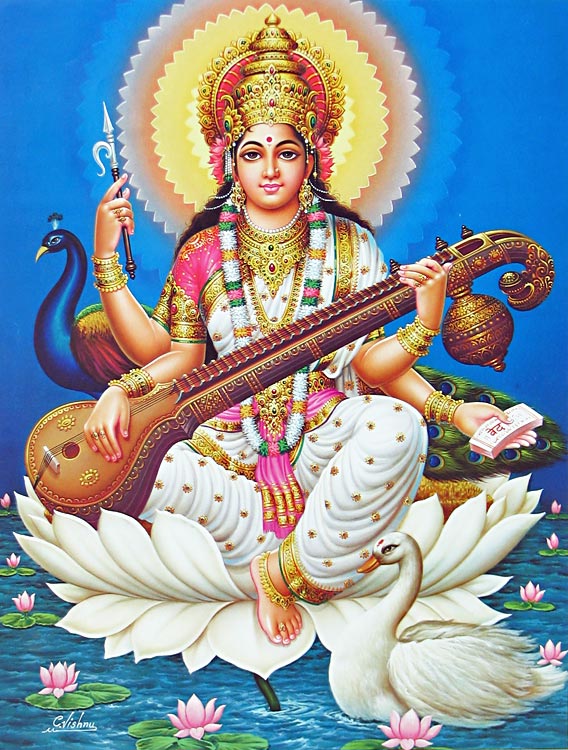