The Importance of the Psoas Muscle 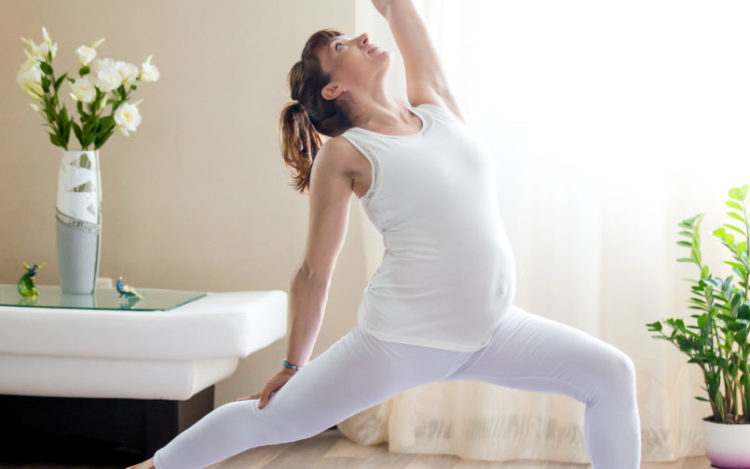 Some years ago, at the end of an intense Vinyasa yoga class I’d taught, something remarkable happened. I prepared my students for relaxation, moving them into reclined hip release poses. As the energy slowed down and they began letting go of their efforts, I noticed something unusual.

A few students’ bodies started to wave and tremble in their hips and legs – seemingly moving of their own accord. One student appeared visibly emotional, tears rolling down her cheeks. When I checked in with her, she said she felt sad but assured me she was fine.

You may recognise yourself in this story, as a teacher or as a student of yoga. Independent movement in your body can trigger emotions and memories, which may be expressed as shaking or trembling, deep in your pelvis. If you’ve ever experienced this, you may have just been in touch with your beautiful and mighty psoas.

What is the psoas muscle?

The psoas attaches your upper body to your lower body: it is the only muscle that connects your spine to your legs. It is also one of the most fascinating and important muscles in the human body – physically, emotionally and energetically.

No matter what you do, you can bet that your psoas is involved in almost every action and movement of the body throughout the day. Even your feelings and thoughts can be linked to it. It is a true connector in the whole sense of the word and therefore a real ‘yogic’ muscle.

In the physical body, it relates to healthy and balanced posture, and is associated with stiffness in the hips and the spine. It is also involved in freedom of movement in walking (and practicing yoga). Your diaphragm is subtly yet deeply linked to the psoas too so it influences how we breathe

In the emotional body, the psoas greatly determines the ability to relax, and influences feelings of wellbeing and stability. An awakened, relaxed and juicy psoas enables the free flow of subtle energy and aids in increased sensitivity in the whole body.

Depending on which muscles you include, the number of psoai (the plural of psoas), differs. The psoas complex consists of four muscles: a psoas major and psoas minor on each side of the body. Because of our evolutionary development, growing from all fours into upright beings, the function of the psoai have changed. The psoas minor muscle is slowly turning into a tendon and may be disappearing completely; many people only have one psoas minor or none at all.

The insertion of the psoas major is in the lumbar vertebrae. It connects to all the vertebral bodies and intervertebral discs of the lower back all the way up to T12, where your lower ribs begin. Without attaching to it, the psoas runs through the pelvis and attaches to the inner upper thigh bone at the lesser trochanter.

The psoas complex is often described as ‘the iliopsoas’ muscle because the psoas shares the same attachment at the thigh bone with the iliacus muscle. However, the function of psoas is different from the iliacus. The origin of the iliacus is on the inside of the pelvic rim and it assists hip flexion at the pelvis. The iliacus is not involved in movement that flexes or extends the spine (bending forward or backwards).

The effects of an imbalanced psoas

The psoas runs through the pelvis but is not attached to it, so the influence of the psoas on pelvic alignment is not easy to measure. And since there are two separate psoai, they can be, and often are, of different lengths. They have the power to cause tilts, shifts and rotations in the pelvis, and can cause sacroiliac, pelvic issues and back problems, ranging from the pelvis upwards – sometimes even all the way up to the neck.

Tightness or imbalance in the tone of the psoas can cause other (often overlooked) issues too, including: difficulty focusing, sitting still or relaxing; irritability, sadness, anger, problems falling asleep or sleeping well; digestive issues; fatigue and more.

How toned, or how supple and strong your psoas is greatly influences the shape of your pelvis and spine. The tone of your psoas can also be related to a host of other issues that inhibit the quality of your life.

At least two major factors have a determining influence on the tone or amount of tension in the psoas: your habitual posture and movement, and tension or trauma in your body.

The effect of activity on the psoas

A tight psoas can arise from the type of activity or inactivity that you engage in. These days, we tend to engage in organised sport or activities that are planned at certain times during the week instead of moving moderately throughout the day. Lack of diverse movement or overworking certain muscle groups can distort the balance in muscle tone in your body.

This imbalance can be especially evident in people who isolate muscles during intense workouts or weight lifting. The focus on training specific muscles rather than the body as a whole stimulates muscle domination in certain muscles and muscle groups.

This muscle imbalance occurs in many sports, such as intensive cycling and mountain climbing, where the front body muscles are worked more dominantly than the back body muscles. In these cases, the front body muscles and hip flexors, especially the psoas muscle, develop and adapt to a permanent contracted state, and have the tendency to cause back problems as the shortened psoas pulls continuously on the spine.

The psoas can also shorten through inactivity. The psoas is like a piece of strong elastic: when you stand up straight, the rope is taut, when you bend from your hips, it slackens. So whenever the hips are in flexion, for example, when sitting and even sleeping on your side, your psoas relaxes and shortens.

When your body is habitually positioned in a certain posture, often for hours on end, this posture becomes standard and the musculature and connective tissues will adapt to this shape. So when you sit for long periods of time, your psoas will shorten to adjust. An important point, given the fact that recent studies show that people sit on average for 12 hours a day.

Tightness in the body stems largely from tightness in the myofascia, the connective tissue which runs through the muscles. When your muscles feel tight, it is not actually your muscles that become ‘stiff’; instead it’s the connective tissue in the muscle that stiffens up. However, when the psoas responds to stress, it is the muscle itself that gets tight. Depending on how you stretch your psoas, you can relieve the tension or make it worse.

The psoas and your yoga practice

You may be surprised to know that you can feel your psoas with your fingers. Bear in mind, that the psoas feels very different to any other muscle in your body. Although it is an incredibly strong muscle, it can feel delicate and vulnerable, and may have a strong physical response to touch.

It requires a bit of exploration and practice, but you may be able to feel the psoas from the inside too. Simply lying on your mat and bringing your attention to the psoas will eventually bring awareness in a sensory way.

As you develop this awareness and learn to feel the psoas when it releases and tightens, it will become easier to feel it off the yoga mat too. This is especially true in stress-inducing situations where it will tighten. At the other end of the scale, you may also feel the psoas releasing when you are relaxed.

Sensory exploration of your psoas, combined with the practice of yoga asana will increase your ability to feel the muscle and work with it in a positive way – such as learning to relax and improving your posture. When you are well-aligned, many yoga asanas can help to stretch out this habitual tension. But other causes of a cramped psoas, such as deep-seated tension and trauma, need to be released by the psoas itself.

Tension is a normal and natural thing that everyone experiences – however, it’s important that we are able to let go of tension. If we don’t allow its release, we can get stuck, ending up with residual tension that our physical bodies hold onto long after the event that caused it. This class guides you through some simple poses and movements that will help you to listen to your body and set up the space to allow it release tension.