The Power of Yoga – A Yogi who lived Thousand Years 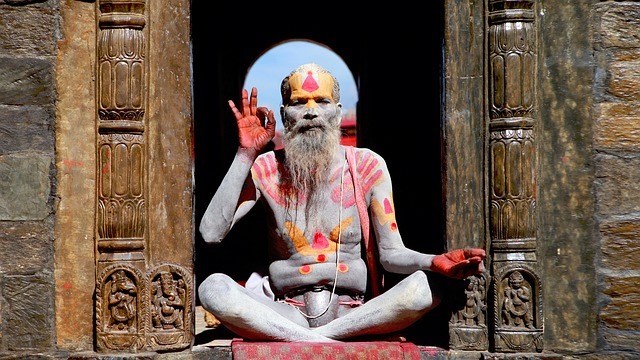 Posted by Goddess Garden on October 30, 2021 | Featured | No Comments
Share
Tweet
Pin
The Power of Yoga – A Yogi who lived Thousand Years

Is it possible that any human being can live thousands of years? If you ask this question today’s time to anyone the answer will be ” No, it’s not “. Even when the medical science industry spending billions of dollars in drug discovery to increase the lifespan of human beings. The scientists’ are still not able to formulate the drug or any scientific method to increase the human lifespan.
But in India there are many of examples where people live thousands of years these people are known as Yogi, a True Yogi can live as many years he wants, he can control his death with the practice of Yoga. Yoga is one of the divine philosophies of Hinduism.
There are many Yogis in India who realize many powers through the practice of yoga, Devraha Babaji was one of the True Yogi who lived thousands of years. He was an Indian Siddha Parma Yogi, many people also called him an “ageless yogi”. He was a true Yoga master with divine heart. With the practice of Yoga, he had developed many siddhis or power.
Nobody knows his exact age some speculate 250 yrs some says 900 yrs some says more than a thousand yrs. But nobody knows his exact age when the question about his age asked to him he simply smiled and replied that I do not have any age.
He was a master of Patanjali Yoga, Ashtanga yoga & hatha yoga. He did a heavy penance and practice yoga on the Himalayas for hundreds of years and attain various siddhis or powers. After that, he returned to the world to share his knowledge & help humanity with his yogic powers. There are various amazing facts about the Devraha Baba’s life like he never stays or lives on the ground he lived over a 12 feet height Machan or wooden platform near the river all life only comes to the ground once for the bath in the river. In his whole life is stay naked except wore a small deerskin. His diet was a small amount of milk & honey which was also not daily but occasionally. When asked how he survived with such a small amount of food then he replied that through yoga asanas he survived. He always attains a spiritual state where he and god were one which is a self-realization state.
He had a long list of followers includes very famous personalities like the first president of India Dr. Rajendra Prasad, Former Indian Prime minister Indira Gandhi, Atal Bihari Vajpai, Rajiv Gandhi, Sultan of Brunei, artists and actors – Liz Taylor, Roger Moore, etc.
He always preaches lessons of love and peace to humanity. He took Samadhi on 19 May 1990.
Share
Tweet
Pin