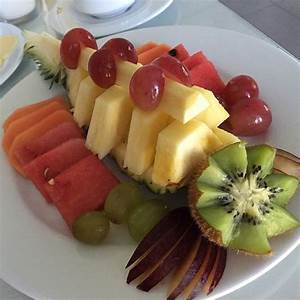 Costa Rica may be renowned for its pristine beaches and lush ​rainforests, but it’s also home to many gardens that grow an abundant variety of tropical fruit. Try some for yourself by visiting the weekend farmers’ markets, sampling a fruit smoothie at a local restaurant, or simply stopping to pick a ripe mango.

This bright fruit is tender and succulent, making it a favorite in the region. The large, orange-red variety is known in Costa Rica as manga tomi and offers a sweet, but slightly tangy taste with a stringy texture. The smaller, kidney-shaped mangos, known locally as mango pita, are softer and sweeter. Craving something tart? Try a green, unripe mango sele, which is often sold at roadside stands, sliced and served with lime and chile.

Lying on the beach, sipping coconut water is a picture of paradise. And in Costa Rica, it’s easy to do. Young, large coconuts (called coco pipa) that are still green and filled with a clear, semi-sweet liquid are often sold at beach towns along the coast. The meat inside this unripe fruit is soft and delicate. The smaller, brown, ripened coconuts (known as coco playero) reveal a harder and thicker pulp beneath their woody shell. This meat is often used in Costa Rican desserts, bean dishes, and Caribbean rice.

If you break the orange-hued shell on this passion fruit, you’ll find small, grayish, edible seeds enmeshed in a jellylike substance. Although it may not look appetizing, granadilla is sweet and delicious, which is why it’s also a popular ice cream flavor in the region.

This slightly larger variety of passion fruit has a more durable, yellow skin and is mainly used for making juice. When sliced in two, its interior reveals a bright orange, pulpy nectar filled with edible seeds. If you’d like to try eating it straight out of the shell, make sure to sprinkle some sugar on top to temper the tart, acidic flavor.

Guayaba or guava is similar to a pear. Its thin rind—which may be slightly bitter—and tiny seeds can be eaten along with its soft flesh. The inside of the fragrant fruit is sweet, but not too sugary, and is either off-white or deep pink in color.

These small, green fruits can be cracked open in one bite. The most common way to eat them is to suck the peach-colored pulp that coats the large seed inside. They taste a bit like limes and have many names throughout the Caribbean, including quenapa, genip, guaya, lemoncillo, and Spanish lime.

Guanábana (or soursop) is a large, spiky fruit similar in shape and size to a football. It is most often used to make a creamy juice. When sliced open, pouches of white, soft flesh can be pulled from the fruit like string cheese, leaving the large, black seeds behind. It tastes like a combination of pineapple, banana, and coconut.

Tamarind’s long, curved shells—which look like large peanuts or bean pods—are used in Costa Rica to make juice, paste, syrup, and jam. The pulp is both sweet and sour, making a great candy when it’s covered in sugar.

You will eat fresh and nice fruits at The Goddess Garden.